"We could actually live here..."

While we have thoroughly enjoyed every city we've been to on this trip (and all for different reasons), Sydney seems to be the city that, if you told us we were to move here tomorrow, we would be completely fine and excited about it. It just feels ... comfortable. Even though there are constantly new experiences, the language/ lifestyle/ food is just similar enough to what we're used to. The perfect weather, gorgeous parks, and friendly people don't hurt either

Today started out as usual with coffee and breakfast, then a run (coastline/ Darling Harbour for Kev, Botanic Gardens for me). We then took a 45-minute bus to Bondi Beach, a popular beach near Sydney. Although we are far too thin-skinned to swim or lay out in 60-degree weather, it was a beautiful place to spend the day! We walked around the town and found a casual lunch (fried chicken wrap for Kev, Greek salad and pumpkin salad for me), which we took to a hillside next to the beach. 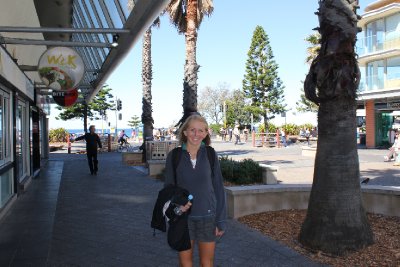 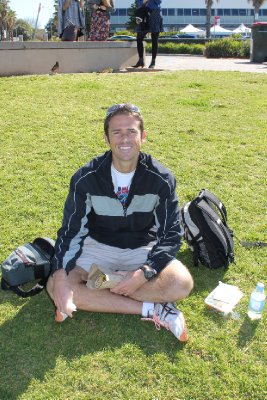 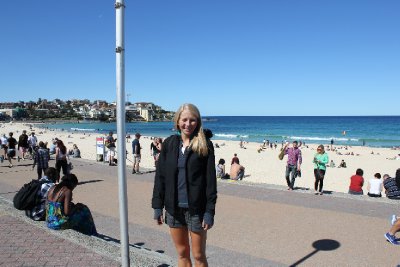 We people-watched for a while (and were amazed at some great volleyball players!), and then took off for the 6.6-kilometer Coastal Walk from Bondi Beach to Coogee Beach. The walk was fantastic - the path was narrow and filled with several walkers/ runners, and was leisurely enough that we weren't sweating Great-Wall-style or Mt. Takaosan-style! It took us past several coves with smaller beaches, and had beautiful views. While the walk was only 6.6-km, we took several reading breaks, photo breaks, etc., so it took up much of the afternoon. 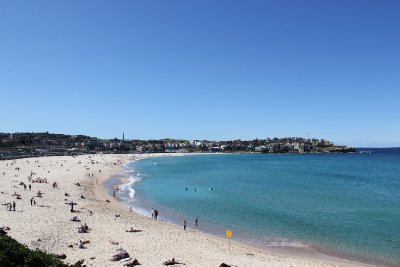 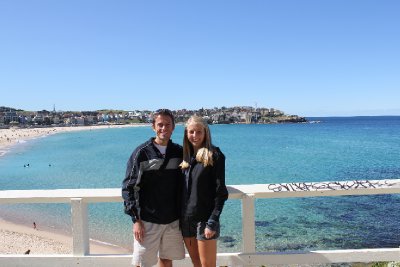 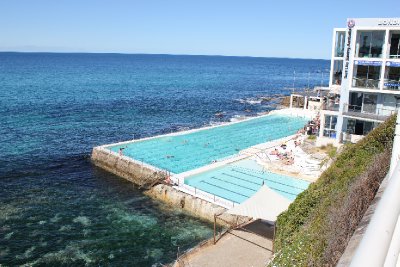 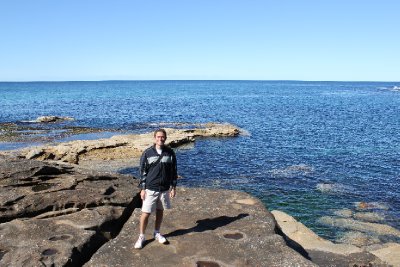 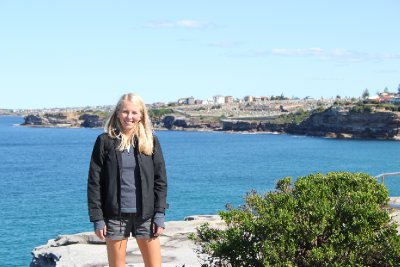 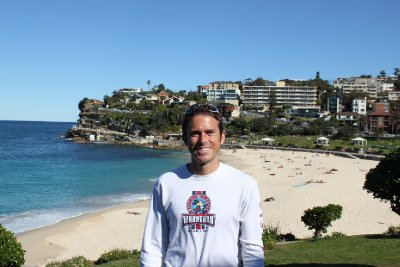 After some emailing and a glass of wine in the hotel room (as a side note, cans of beer in Sydney are ~$5, and a whole bottle of wine was $6! Clearly not the best wine we've ever had in our lives, but still interesting to note the discrepancy!), we met up with John, a friend and (future) colleague at McKinsey Dallas. When John emailed Kevin 3 weeks ago to say John would be Kevin's "integration buddy," Kevin mentioned that he would be traveling for a few weeks, and John replied that he would be in Sydney - at the same hotel - at the same time! What a crazy coincidence! (Made only slightly less crazy by the fact that 99% of McKinsey people will stay at the same chain of hotels in any city at any time, but still!!!) As another coincidence - we mentioned that any restaurant was fine, and John made a reservation at one of Sydney's thousands of restaurants, which happened to be the very same place we ate last night! It was good again the second time around - we shared a pumpkin and arugula pizza, a Hawaiian pizza, and a lamb pizza, and I got a side salad. It was great to catch up with John, and (gasp!) even made me look forward to starting up work again. 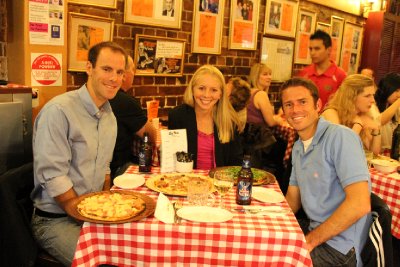 We'll hit another famous Sydney location tomorrow, so stay tuned! I can't believe we only have 3 real days of our "last summer vacation ever" left .... ah!
-Megan and Kevin

Posted by megandkev 05:36 Archived in Australia

Previous Next Table of contents

I knew that you would LOVE Sydney. Just remember, it's a great place to VISIT. Haha !!
Fun to see how relaxed and happy you both look. xoxo

Comments on this blog entry are now closed to non-Travellerspoint members. You can still leave a comment if you are a member of Travellerspoint.

If you aren't a member of Travellerspoint yet, you can join for free.